This page is being upgraded. Please refer to the new page for up-to-date references. There will be some duplication while the restructure is under way.

## Phil Andrews – Origins science – Can science really discover the origin of the universe?

Aerospace engineer and member Phil Andrews is embarking on a curiosity-led investigation into whether science possesses tools of inquiry adequate to explore all conceivable explanations of the origin of the universe. Given that it is normal practice to apply ‘Methodological Naturalism’ to ‘Origins Science’, scientists must suppress any notion that what they are observing was supernaturally created, regardless of the evidence.  The concept of supernatural creation is not allowed and so scientists and science journals are not free to contemplate if something was supernaturally created, they must keep to natural explanations regardless of the evidence.  In so doing they become unscientific and break the tradition of independent inquiry. See more on Mr Andrews’ separate page.

Ron Turner, former Ranger-in-Charge at Cooloola National Park, with wife Yvonne, has written several readable memoirs chronicling his experiences in Queensland’s parks. Take for example the charming e-book Living at a Lighthouse, documenting sojourns at Bustard Head and Double Island Point lighthouses on Queensland’s central-south coast. Then there is the continent-wide Lighthouses of Australia, an essential travel companion for visitors to these monuments to human ingenuity. See separate page for more memoirs as they come to hand and copyright conditions.

The world of science lost a true scientist and gentleman in the passing of Harold Trevor (Trevor) Clifford PhD DSc FLS FAIBiol OAM, on Saturday 4 May 2019 after a rapid and steep decline in his health.

Professor Clifford was invested as an Honorary Life Member of the Society on 24 March 2017. In his 70th year of scholarly activity, he officiated at the launch of the inaugural round of applications for the Society’s Research Fund, on 5 June 2018. He celebrated his 92nd birthday on 18 April 2019.

His funeral on 13 May at Christ Church St Lucia was a celebratory affair, as befits a person of goodwill and scholarly achievements over a long period. The Society shares the family’s sense of loss of a gentleman and a scholar in the finest tradition and has assured the family that we will perpetuate his memory.

Our sadness was compounded when we heard that his wife Mrs Gillian Clifford passed away not two months later. Farewell to a couple who were a source of inspiration to an untold number of colleagues, friends and family.

Trevor Clifford’s discoveries will live on. Four of his former associates have compiled a list of his scholarly publications: it runs to more than 10 pages.

If Wales can pass legislation which requires public bodies to consider the long-term social, cultural, environmental and economic well-being of the Welsh people in all of their decision-making, why can’t Queensland? Member David Marlow, systems analyst and futurist, posed this question to the Society’s AGM on 29 November 2018. His powerpoint and accompanying notes are available on his separate page.

“Australia has a long and inglorious record of establishment by governments of valuable, valued and successful science-based initiatives … that address issues of major continuing importance, only to later abolish them. The results are loss of focus, loss of group knowledge, loss of expertise, loss of analytical capability, wasted effort and resources, wasted expenditure and – most of all – wasted opportunity.” See separate page for details.

Brisbane’s Knowledge Corridor was conceived by the Smart State Council in 2007 in their Smart Cities: rethinking the city centre report as a corridor that connects most of Brisbane’s science, arts and cultural precincts and has most recently been presented as part of the rationale in the Inner City South State Secondary College Precinct Selection Report (2018). 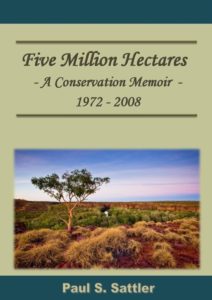 Paul is a biologist and former President of the Royal Society. His published 219-page work Five Million Hectares: A Conservation Memoir is available online here (11.5MB). The work is a highly readable and informative story of the author’s professional journey and, in particular, the major expansion of Queensland’s national park estate, particularly in the 1990s. The memoir is recommended reading for any scientist or policy officer involved in biodiversity conservation, ecosystem mapping and, indeed, nature conservation generally – as well as those looking for insight into political and bureaucratic events within the nature conservation sector during the period. The Society is delighted to be able to make this landmark report available to an international audience through this website and to publish a summary in the Proceedings of the Royal Society of Queensland vol. 119. The Society also published his address in accepting the 2015 Gatton College Gold Medal – see Proceedings volume 121.

Paul Sattler updated the memoir in May 2018 – the version available here.

Former Minister Pat Comben has written an appreciative review in The Courier-Mail. 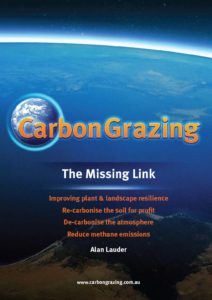 Carbon grazing refers to management of pastoral land in a way that maximises carbon flows. Carbon flows at different speeds through ecosystems, including through livestock. An understanding of this principle changes one’s approach to land management. Graziers need to be harvesting only the surplus, not the means by which a usable surplus is generated. They should harvest what resides above ground after adequate carbon has flowed to all parts of the landscape, such as after rain. This approach will ensure future animal production and ongoing environmental resilience.

Alan’s pioneering insights into the management of pastoral landscapes by timing – dynamic management of carbon production – are explained in a series of >35 easy-to-read columns, along with his book Carbon Grazing,  an update and other explanatory material. All are published on the Carbon Stocks and Flows page of this site.

Dr Bill Laurance, Director of the Centre for Tropical Environmental and Sustainability Science (TESS) based at James Cook University, in an article published in The Conversation, “The world’s forests will collapse if we don’t learn to say ‘no’”, has drawn attention to the ongoing destruction of the world’s forests.

In early November 2018 Prof Bill Laurance published an editorial in Nature on the damage being caused by infrastructure in developing countries, notably in Amazonia and by China’s Belt and Road initiative of more than 7000 projects. Nature has granted permission to the Society to republish this article through the following link: https://www.nature.com/articles/d41586-018-07348-3 .

Prof Laurance has described this as “one of the most productive, important, and long-lasting research projects ever to exist. The project aims to understand the impacts of habitat fragmentation, climate change, and other human pressures on the hyper-diverse Amazon rainforest.”

In addition to an obituary of its founder Tom Lovejoy, he has supplied two reviews of the Project that summarise key findings during its 43 years of existence to date.

Corinne Unger is a Churchill Fellow and an international expert on mine rehabilitation and closure planning, abandoned mine management and post-mining land use.

After a distinguished career within the public service, she has taken up study for a doctorate at the University of Queensland. She reports that there is a growing interest in the closure of operating mines and the rehabilitation of abandoned mines in Australia and Queensland. A collection of her publications and other related material appears on a separate page.

Emeritus Prof Ray Specht commenced his career as a botanist in 1948 on the American-
Australian Scientific Expedition to Arnhem Land.

Prof Specht celebrated fifty years as a Member of the Royal Society of Queensland in 2017. In 2018 he is still drafting manuscripts, marking a career of seventy years of active research.

Please refer to Ray Specht – Retrospective page for more insights into his remarkable career and a forthcoming bibliography of some of his published work.