John Gould, Fellow of the Royal Society of London, in the mid 1800s produced numerous engravings of birds and mammals arising from his explorations in Australia. 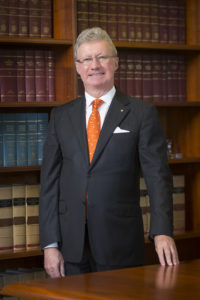 As the senior scientiﬁc organisation in the State, the Royal Society with its predecessor has played an important part in scientiﬁc endeavour for more than 150 years. The aims of the Society are wide. It seeks to advance the progress of science by encouraging original research and the publication of results. Seminars are held from time to time. The Society provides a means for both scientists and lay people to keep themselves informed of current progress in science. It is not necessary to be a credentialled scientist to join or to participate in events.

It has a significant role in countering the ill-effects of increasing specialisation. Recent events have featured dialogue between academics, practitioners and laypeople; and between science, policy and education; as well as between scientific disciplines. As a non-aligned, generalist organisation, the Society aims to share knowledge across jurisdictional silos.

From 1859 to 1882, three volumes of Transactions were published. Since 1884 a volume of Proceedings has been issued approximately annually, containing papers covering a wide ﬁeld of research. In exchange, the Society receives publications from all parts of the world and has, by this means, assembled an important collection, now housed in the Queensland Museum library.

Scope of ‘science’ embraced by the Society

People often ask whether the Society is concerned only with the natural sciences. Definitely, ‘No’. The objective in the Society’s constitution clearly does not limit ‘science’:

The Society takes an interest in all disciplines that adhere to scientific method, including biomedicine and social sciences such as sociology. However, the scope of the annual journal is more limited, given the availability nowadays of a wide range of alternative specialist journals for specific disciplines. See Guide to Authors on the Proceedings page.

It all began here:

Wadham College, Oxford University. This door led to the room reportedly used by a group of eminent scientists including Robert Boyle, Robert Hooke and scientist/architect Christopher Wren who met as the Oxford Philosophical Club in the 1650s and went on in 1660 to form the nucleus of the Royal Society of London. The Warden of this College became the first Secretary. (© Photo: Terry Loos).

A Royal Society is active in each of the other Australian States, dating from colonial times. There is also a nascent corporate body, The Royal Societies of Australia, established to speak on behalf of all States, but leaving each Royal Society to be independent.

A fascinating account of the origins of Australia’s learned societies can be found in the pages of the Federal Handbook of the British Association for the Advancement of Science, which held its 84th meeting on Australia in 1914. The BAAS even tabulated the numbers of books held in the libraries of the various learned institutions. (BAAS was an offshoot of the Royal Society of London, in 1831).

An Explanatory Note has been written to answer basic questions about scientific method and the credibility of climate science.

The scope of the Society’s activities and the services offered to members are explained further in an Explanatory Note Update.

The Society’s logo was designed by Frances Blines – an artist from Bardon and educator at the Botanic Gardens – about 1999. Ms Blines has kindly offered the following explanation:

“The initial brief to me was to design a new logo for the Royal Society of Queensland. I took, as my key words, science and Queensland, contemplated these ideas and came up with the image of a strand of double helix forming a Q and surrounding the Cooktown Orchid. I sent this in for feedback which was positive and included a request to include the natural environment… so I added a terrestrial/aquatic environment (that could represent a littoral or possibly a riparian zone).

“In this world of minimalist logos, it strikes a different chord.”

There are numerous opportunities for public-spirited citizens to ‘make a difference’ to society by supporting activities aimed at improving policy-making and decision-making through evidence-based inquiry. See our Philanthropy page for more information.

A copy of the Society’s Constitution.

The Society is incorporated by virtue of Letters Patent issued by the Governor of Queensland on 23 April 1964 under the Religious, Educational and Charitable Institutions Act 1861. While the Act has been repealed, letters patent issued under it remain in full force and effect as provided under section 144 of the Associations Incorporation Act 1981 (administered by the Queensland Office of Fair Trading). The purpose of the 1861 Act was to enable religious, educational and charitable entities to have the benefit of perpetual succession.

An account of the history of the Society and its predecessor from 1859-1911.

Information about the Research Fund to sponsor research in the natural sciences.

This website and the publication search facility were originally developed and designed by Joseph Listo, Paul Listo and Skye Cornell in 2016.

The website was supported and hosted by Paul Listo and Joseph Listo until 2020.