Arising from the deliberations at the Rangelands Policy Dialogue on 1,2 July 2019 and from the Rangelands Briefs submitted by more than 25 participants, a one-page Queensland Rangelands Declaration is now released.

The Declaration has been endorsed by The Royal Society of Queensland as the state’s oldest scientific society, AgForce representing broadacre rural industry and NRM Regions Queensland representing the 12 regional NRM bodies. 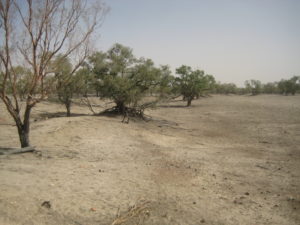 “The Rangelands Declaration is not an action plan”, explained the three organisations in releasing the text. “It is a statement of principles, emphasising the lack of widely supported policy solutions to a range of economic and environmental pressures and the absence of satisfactory forums to resolve differences of opinion. It is more than just a resolution to write an action plan in the future. It is a commitment to embark on a journey of discovery together.

“The Declaration commits the three parties to maintaining the partnership and to establishing forums that will access all available knowledge affecting the Rangelands, with the common purpose of transitioning management of these landscapes into a more optimistic and sustainable future.

“The collaboration is a milestone in Queensland’s policy development and has allowed analysis of the challenges to rise above media polarisation and sectoral interests”, the parties agreed.  The three parties will now take the Declaration to government and peak bodies and will seek official support as well as establishing a consultative forum to maintain momentum in Rangelands policy development.

“All of the more than 120 participants were consulted in preparing the Declaration.  Endorsement was nearly though not quite unanimous among those who engaged; (public servants were not expected to respond). The organisers have not included language that would revisit past antagonisms; it looks to the future. They have not included language that would predetermine the outcomes of more detailed examination of issues in the months that lie ahead; it accepts that many people and bodies who were not in the room have a stake in navigating a pathway to the future. However, the Declaration is presented as a fair summary of the large body of opinion on which there was a consensus”.

Further information about the Dialogue including background briefs is contained on the Dialogue web page. This page is dedicated to commentary and policy arising after the Declaration was finalised. Other like-minded organisations are invited to upload a link to this page.