Applications for Round 3 of the Research Fund closed at midnight on 28 November 2020. The new 2020 Funding Policy encouraged applications from citizen science groups.The applications are being reviewed by a technical assessment panel.

Two applications stood out from a strong field.

Koala microbiomes by Dr Michaela Blyton of the University of Queensland.

“Throughout their wide geographic range, koalas always eat Eucalyptus leaves. Few animals can stomach let alone survive on these fibrous, toxic leaves and koalas are thought to rely on their gut microbiomes to help them digest their nutritionally poor diets. Our research has revealed that the microbes that make up the koalas’ gut microbiomes vary over their range with koalas from proximate populations having more similar microbiomes compared to koalas from opposite ends of the continent.“

We are delighted that the Australian Koala Foundation agreed to sponsor this award. This has enabled the Society to make a second grant, which coincidentally was also on a koala theme.

“The survival of the koala is under serious threat… A major contributor to this decline is disease, with Chlamydia widely recognised as the major infectious threat and the relatively recently discovered retrovirus, Koala Retrovirus, a threat itself and worse when combined with Chlamydia. Koala Retrovirus is from the same family of viruses as HIV and has been detected in all Southeast Queensland koalas tested to date.”

We congratulate these researchers and look forward to reading the results of their investigations.

Several applications were deemed meritorious but could not be financed with the funds available. Philanthropists willing to support these projects are warmly encouraged to contact the Society.

The Great Barrier Reef supports some of the world’s largest nesting and foraging populations of green sea turtles. This project aims to conduct the first stage of a genetic marker development that can distinguish between two overlapping genetic stocks of green turtles from environmental DNA (eDNA) samples. This will allow having data on potential shifts in distribution of this species. Population-level genetic monitoring via eDNA detection is an innovative and original approach that has been used only a handful of times in endangered species. See pdf for more information.

The south-east mainland spot-tailed quoll Dasyurus maculatus maculatus is listed as Endangered federally and Vulnerable in Queensland. On the mainland, it recently occurred in fragmented populations in forests of eastern Australia, from Victoria to south-east Queensland. The species seems to have disappeared from Victoria, except for an area of the Snowy Mountains National Park near the NSW border. In NSW, six years of camera trapping has revealed that spot-tailed quolls are concentrated in the Snowy Mountains and parts of north-east NSW.  It is possible that the species’ range is contracting from this northern-most part of its distribution, where cane toad populations and forest clearing and fragmentation are high, and climatic conditions may be becoming unsuitable. This project aims to find the current distribution of spot-tailed quolls in south-east Queensland and identify the most important places for conservation management. See pdf for more information.

This research aims to develop approaches to reverse reef health decline on the Great Barrier Reef and provide solutions to successfully manage them into the future. It will quantify the ecological, biological, and genetic impacts of two restoration techniques: macroalgae removal and enhanced recruitment. Case studies show success of these approaches though they have not been rigorously tested on the Reef, nor have their potential benefits been assessed together. Importantly, the potential for genetic bottleneck using any restoration technique is poorly understood. Using a fully crossed experimental field design and a highly interdisciplinary approach, the researcher will test if macroalgal removal and larval capture and release increase coral juvenile settlement and survival and thus increase benthic coral cover, and develop best practice recommendations to maintain genetic diversity. See pdf for more information and news item on ABC. 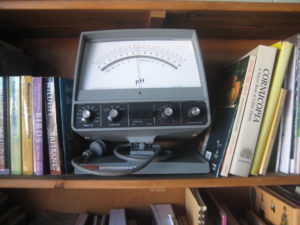 At the Society’s AGM on 29 November 2018, the winners of the inaugural awards were announced by Emeritus Prof. Calvin Rose AM, Life Member. Congratulations to both!

Initiated by the Central Queensland Koala Volunteers, who wished to perpetuate their work on a wider canvas, the Society has established a trust fund to support research into the natural sciences. Donations to the fund are tax deductible (within standard ATO guidelines).

The fund will aim to support projects which escape the attention of the mainstream grant programs like those of the Australian Research Council. Applications for small-scale projects such as those by NGO groups or early career researchers are encouraged.

Early in March 2018, the fund passed the minimum threshold for capital above which grants can be issued. The Trustees authorised release of $5000 per year for three years.

Prospectus for donors and Guidelines for applicants

The Research Fund has a Australian Business Number  and has been registered as a charity with the Australian Charities and Not-for-profits Commission. The Council of the Royal Society of Queensland pro tem is Trustee of the Research Fund.

Donations can be lodged at any time into the trust account: BSB 064-001, Account number 11970213. Deposits can be made at any branch of the Commonwealth Bank or online. Please mark the transfer with an identifying name and send a specific request to the Society for a receipt. (Please do not pay into the Society’s mainstream account as general donations to the Society are not tax deductible).

Anyone who would like to know more about this inspiring opportunity to advance science is invited to contact the President, president@royalsocietyqld.org.au to discuss how your name and scientific interests might be perpetuated.

There are few grant programs for modest-scale projects in Queensland-focused natural science. Researchers who are ineligible or unsuccessful in applying for a grant from the Royal Society of Queensland Research Fund are encouraged to inquire of other sources, such as: