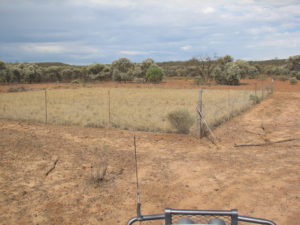 These issues were explored in a Discussion Paper presented at a forum on 28 May 2018 in Brisbane, drafted by Dr Geoff Edwards with contributions from four other members. The Discussion Paper From Red to Green to Black was released on 20 June 2018 (3MB). The paper outlines a “stewardship incentives scheme” and a policy framework for the Land Restoration Fund announced during the 2017 State election campaign.

The event was co-hosted by NRM Regions, the peak body for the regional natural resource management groups in Queensland. See Flyer for more details. Short presentations from panellists were followed by a brainstorm amongst knowledgeable and interested participants from the public service, agriculture, NRM, conservation and community sectors.

All those who wish to participate in subsequent dialogue are invited to join the Society – see Membership page – or send a message to rangelands@policyqld.org.au . 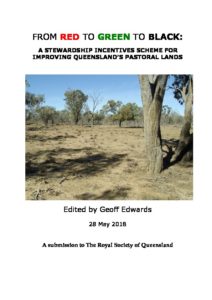 Critiques and responses to the proposal

There are many knowledgeable people in the pastoral industry, in government and in the scientific community with views about the sustainability of pastoral production in Queensland’s rangelands. Comments on the issues raised in the paper are welcome – please send to the President. Responses can be viewed on a separate Stewardship Responses page.

In 2017 the Queensland Government confirmed an election commitment to establish a Land Restoration Fund. The Fund aims to use carbon credits and green bonds as economic drivers for achieving “co-benefits” on rural land. The proposal has much in common with the stewardship incentives scheme outlined in the Discussion Paper mentioned above.